Connections can integrate with existing video camera and surveillance systems or work with new cameras as part of our MediaPort digital signage product.

Video feeds can be recorded or viewed as a live stream on computers running our PC Alert software, and other public or private screens, including computer screens, LCDs and televisions.

How Does it Work?

Through the MessageNet Connections server software platform, video can be viewed on LCD screens or computers, recorded, or used for two-way video conferencing.

Video sources can include camera feeds from MessageNet MediaPorts or from existing surveillance or security systems.

Video feeds can be viewed on network connected computers or video screens. Connections-enhanced video is easily initiated and routed to a single screen, all screens, or any combination thereof.

Connections can integrate with systems you may already have in place as well as new camera equipment or systems.

Cameras are all accessed from the same location, making viewing a video feed or broadcasting very easy.

The Connections system is designed to meet the demands of many users and a diversity of needs at once.

In addition to enhancing security and surveillance systems, Connections’ video camera integration can be used to fulfil daily communications needs, such as video conferencing, room monitoring, and recording.

As such, video cameras integrate with Mediaport and LCD screens to create a well-rounded communications resource.

Maximize your ROI by providing multi-user daily and emergency communication

Available in Many Ways

Connections’ main interface is browser-based, which means cameras can be viewed from many different types of devices that have a network or Internet connection.

In addition to manual user interaction, Connections can automatically communicate with cameras at the command of an automated device, such as a contact closure, fire panels, life-safety devices, door-open detectors, and a vast number of other data sources.

Because Connections can integrate with pre-existing surveillance and security systems, it can work with cameras you already have and add additional cameras either one at a time or in larger amounts.

One of the unique advantages of the MessageNet Connections system is scalability: you can start with your specific needs now and seamlessly upgrade your system to include customized functionality later. 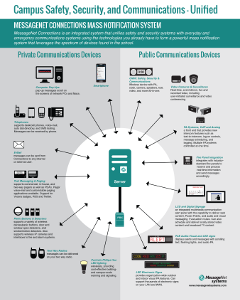 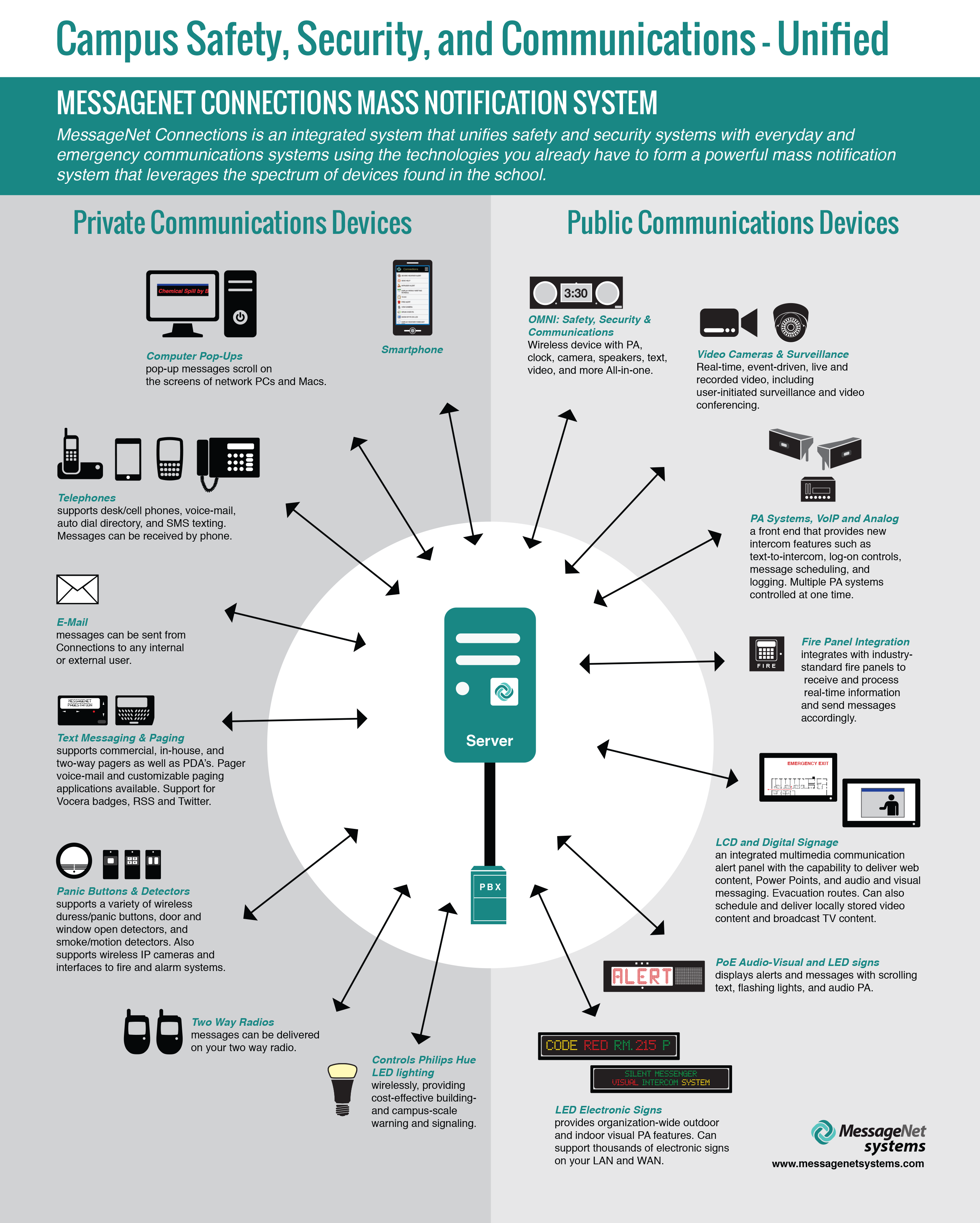